Where Did My Ancestor Live? How Enumeration District Maps Can Fill in the Blanks, Part 2

This is part 2 of a 3 part series: Where Did My Ancestor Live? How Enumeration District Maps Can Fill in the Blanks.

Civil Districts and Other County Divisions

In this post, we will learn about the county division field on the census and how it can help us map our ancestors’ census location. In part 1 of this series we found the ED description of James Maness’ 1900 census location: Hawkins County, Civil District 4, containing the unincorporated community of New Hope. Today we’ll find out: is there a way to learn District 4’s exact boundaries in 1900?

First, a little background on county divisions. The 1900 census field that asks for county divisions reads “Township or other division of county” and below the line says “Insert name of township, town, precinct, district, or other civil division, as the case may be. See instructions.”

County division field on the 1900 census

The Instructions to Enumerators for the 1900 census say:

74. Township or other division of county. – Every county is divided into parts, and the sum of these parts makes up the whole area of the county. But the names given to these county divisions differ widely. In the north central states, except Wisconsin, and also in New Jersey, Pennsylvania, North Carolina, South Carolina, Arkansas, Oklahoma, and California they are called townships. In New England, New York, and Wisconsin they are called towns. In the South and far West they are usually called districts or precincts; but in Mississippi they are called beats; in Louisiana wards; in Delaware hundreds.

Tennessee is the only state whose counties are divided into civil districts. As I browsed each state of the 1900 census, I saw that the county divisions vary widely, including townships, precincts, wards, villages, boroughs, cities, hundreds, districts, beats, magisterial districts and election districts. Some are pretty unique: like Georgia’s militia districts and in Texas: justice precincts!

What exactly are Tennessee’s civil districts? What are they for and how could I find a map of them?

A good source for information about county and state laws are google’s digitized book collection. I found “A compilation of the Tennessee statutes of a general public nature, in force on the first day of January, 1917…with annotations showing the construction of the statutes by the courts, and also the decisions upon the related subjects, Volume 1″ which tells about the creation of civil districts in Tennessee (page 88):

Page 88 gives a hint about where the maps of these civil districts might be found:

So, the two locations to look for Tennessee’s civil district descriptions and maps are: (1) the office of the county court clerk and (2) office of the secretary of state.

Office of the County Court Clerk

FamilySearch.org’s collection, County Court records (Hawkins County, Tennessee), 1788-1930; index, 1788-1930, includes some descriptions of district boundary changes, along with thousands of other court records. I didn’t find any maps within this collection.

Going to the actual Hawkins County courthouse might prove more fruitful, although when my husband’s grandmother wrote to the Hawkins County clerk in the 1960s for genealogical information, he informed her that the damn Yankees burned the courthouse down.

Office of the Secretary of State

Even if the county courthouse burned and some records were lost, the secretary of state, who oversees the state library and archives, should still have a copy of the district maps. Sure enough, the Tennessee state archives have a collection of maps and some of them are digital. Unfortunately, the one I wanted to

I didn’t want to give up yet, so I searched google and found a reproduction of the 1836 map created by a volunteer at TNGenWeb.org (right).

To read part 3 of this series, go here: Maps of Enumeration Districts 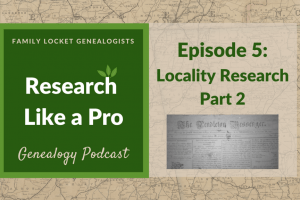 Today Diana and I are going to wrap up our[...] 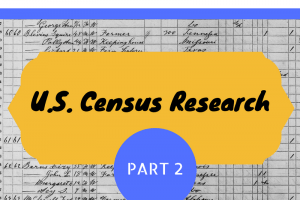 Back to the Basics with U.S. Census Research – Part II

Which census records are the best to search? All of[...] 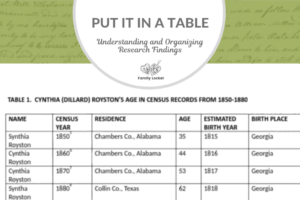 Put it in a Table: Understanding and Organizing Research Findings

Would you like to try a research tool that[...]