Clueing In To Census Records

Are you sure you’ve found all of the clues in the census records for your family?  After you look at the names, ages, and birthplaces, do you pay attention to the rest of the questions and answers?  Census records are one of the most valuable tools for a researcher, not only for the information reported, but for the clues to other records.

I recently revisited the 1910 census looking for clues on my great, great grandfather, Robert Cisney Royston.  He died in 1915, so this was the last census of his life.  Records for him are scarce.  Aside from census records, I have him in the probate of his father, Thomas Beverly Royston, and mentioned on his children’s death certificates.  So far that is it – no death certificate, land record, tax record, cemetery record, birth record, church record, or military record.

Military records for Robert frustrated me.  The family story told of Civil War service in the Confederacy. His older four brothers all fought in the war, three of them dying in battle.  It makes sense that he would have joined up also.  But he was young, just thirteen when the war broke out and eighteen when it ended.  When I couldn’t find any sign of his military service, I left it alone, thinking that he probably was too young to fight.

I decided to check the census records again and saw a huge black checkmark under the column “whether a survivor of the Union or Confederate Army or Navy”.  Looking closely I could barely make out “ca” for Confederate Army under the check mark.  How had I missed this? It comes down to inexperience and inattention to details.

I had already searched the Civil War records with no luck, but then I wondered about military pension records.  He didn’t show up in the major collections on Ancestry or Family Search, so I Googled “Oklahoma Confederate Pension Records.”  A new website came up: Oklahoma Digital Prairie.  When I searched for “Royston” one record was found and it was for Robert’s wife, Isabell D. Royston!¹

Opening up the PDF, I discovered that it contained not only the application Isabell filled out in 1929, but all the correspondence between her and government officials for the next thirteen years until her death in 1942.  The government couldn’t locate Robert in military records either.  The letter from C.H. Bridges Major General, the Adjutant General reads:

The name Robert Cisney Royston has not been found on the muster rolls on file in this office of any organization of the Confederate States Army. . . It is deemed proper to state, however that the collection of Confederate States Army records on file in the War Department is far from complete, and that the failure to find the name of any person thereon is by no means conclusive evidence that such person did not serve during some period not covered by the records of file in this Department.

Since there was no record of Robert, Isabell was to have supplied two affidavits from men who served with her husband. There is no sign of them in the file, so I’m guessing she wasn’t able to locate anyone.  Evidently, the Oklahoma state government decided to grant Isabell’s petition, as the remainder of the documents consist of letters back and forth between Isabell and the clerk about where to send her pension.

Her letters include much more than her address, she wrote about her life in Indian Territory, the state of her husband at his death, her daughter, her sister, family she visited, and more.  Considering that the years covered by the pension file (1929-1942) were the Great Depression, it is no wonder that Isabell relied on her monthly check for subsistence.

When her usual payment was cut, she appealed to Col. R. A. Sneed for assistance from the Masons and he gave her letter to the pension office where it became part of her file.  This particularly poignant excerpt gave me insight into the struggles this couple had endured.

i owe 100 & 5 dollars & i no lots of them are well to doe & all the mimbers that is able can help me a little & it would be so much to me now my husband was afflicted & an invalid 3 year before he died he did not have any mind more than a 2 year old child when he pased a way i was broke so we have mad it so far but im not able to work the last year i am 78 . . .

Isabell writes of moving to Oklahoma (Indian Territory at the time) in 1885 and of having lived there the rest of her life, aside from visiting New Mexico and Visalia, California.  She requests admittance to the Confederate Home in Oklahoma City and lived there a short time before passing away at her daughter’s home in New Mexico.

I gained so much insight from this pension file into the lives of Isabell and Robert.  To think it all started with a clue from the 1910 census.  This experience taught me (again) that we are never done researching a family.  As more and more records become available, we’ll be able to flesh out the stories of our ancestors.

What other clues can the census records  hold?  Here are some of my favorites:

-1900:  Citizenship: year of immigration to the US; number of years in the US, whether still an alien, having applied for citizenship, or naturalized ( AL=Alien, PA=First Papers Filed, NA=Naturalized); check ship passenger lists, letters of intent, naturalization records

My post “Ten Cool Things You Might Not Know About the U.S. Census” has more fun facts about the census. What clues can you find to your family in the census records?  Maybe it’s time you took a second look. Best of luck in your family history endeavors! 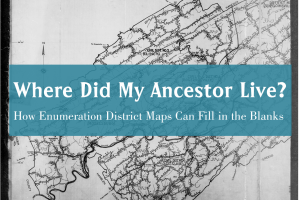 Where Did My Ancestor Live? How Enumeration District Maps Can Fill in the Blanks, Part 1

Where Did He Live? When researching in U.S. Census[...] 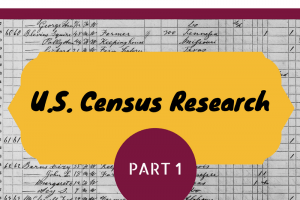 Back to the Basics with U.S. Census Research – Part I

What are you missing in your research in the United[...] 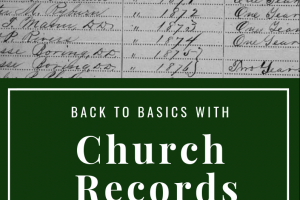 Back to Basics with U.S. Church Records – Part 1

Have you used church records in your genealogy yet? If[...]

Leave a Reply to Mary Roddy