The RootsTech Conference is quickly approaching. Are you considering attending? Wondering what all the hoopla is about? After watching streamed classes for years, I finally attended RootsTech 2016 in person and discovered why people come from all over the world to attend the largest gathering of genealogists and family historians around. The keynote speakers, classes, and expo hall combine to give you an experience of a lifetime. If you’ve never attended, what’s holding you back? If it’s the price of admission, then I’m excited to offer a complimentary RootsTech plus Innovator Summit 2017 4-day pass, valued at $299 to one lucky subscriber. (Details of the giveaway at the end of this article.) The pass includes:

As a RootsTech 2017 Ambassador, I’ll be posting monthly to keep you updated on all the latest news as RootsTech rolls out their 2017 schedule. (As an ambassador, I received a free pass from RootsTech in return for my promotion of the event.)

For me, the most inspirational parts of RootsTech 2016 were the keynote speakers. With the theme of storytelling, each celebrity told their own experiences and gave me much food for thought as I pondered my role as a family storyteller. With the announcement that LeVar Burton will be Friday’s keynote speaker, I think we’re in for another series of fascinating and motivational speakers. The RootsTech 2017 home page gives this information:

LeVar Burton is known by millions as the face of Reading Rainbow, the beloved, long running PBS children’s television series, and for his role as Geordi La Forge, Chief Engineer in the iconic Star Trek: The Next Generation series. Many also remember seeing his talent debut in 1977 when he was cast in the groundbreaking role of Kunta Kinte in the landmark television miniseries Roots. In addition to his familiar talent as an actor, he is an accomplished director, producer, writer, speaker, educator, and entrepreneur. He is the honored recipient of 12 Emmy Awards, a Grammy and five NAACP Awards. Burton has experienced continual success in his innovative efforts to promote his passion for literature, storytelling, and imagination. He is the Co-Founder and Curator-in-Chief of RRKIDZ, the online home of Reading Rainbow and Skybrary. With millions of fans throughout the world, he continues his mission to inspire, entertain and educate.

He is excited about the opportunity to keynote at RootsTech where he plans to share personal stories about Roots, Star Trek, his Reading Rainbow foundation, and also stories of his mom and her commanding influence on him.

“The story of Roots traces a family’s journey from Africa to America and back. At RootsTech, I’ll share some of my own journey of family, storytelling and the influence of African culture on my American Experience.”

I’ve watched LeVar Burton on television through the years. I well remember being glued to the television set watching the miniseries “Roots” as a teenager in 1977. I also watched watched numerous “Reading Rainbow” episodes as my children were growing up. I can’t wait to hear first hand what LeVar has to share about the importance of stories.

To enter my giveaway contest for one complimentary RootsTech pass, simply enter in the comments section below one of the following:

The giveaway is now closed. Thanks to everyone who participated! See the comments section to discover the lucky winner and read many great memories of watching LeVar.

Nicole will also be giving away a free pass, so look for her contest starting here on November 15th.

What is Family Discovery Day and why should you go?[...] 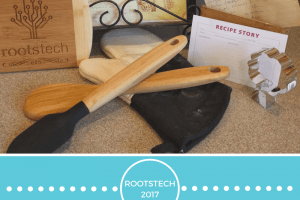 When did your family last gather in the kitchen to[...] 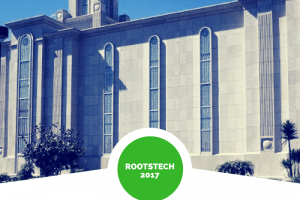 At RootsTech today, leaders of the family history department of[...]

Leave a Reply to Leslie Lawson