Many articles and blog posts were about Irish roots this week, which I thoroughly enjoyed as we celebrated our Irish ancestry for St. Patrick’s Day.

A BBC article discussed what happens to our Facebook pages when we die – and how it’s becoming a “digital graveyard.” Will we be looking up our relatives on Facebook someday?

Eva Johnson told about an elementary school project she did years ago and discovered that her Nana was a veteran of WWII. Melissa Finlay created a fun video using StoryBoardThat.com – what a fun way to share a story with kids when you don’t have pictures.

And now here are links to all my favorite reads of the week!

What Does Your Child’s Self Esteem Have To Do With Family History?

As parents, raising children who have a healthy self-esteem is one of many things we want our children to develop. Living and teaching them the gospel is an important part of this development. Elder Dallin H.

Brooklyn’s Anaya Lee Willabus loves reading more than anything she can name. What’s her favorite book? Well, that’s easy. Her own. Anaya is 9 and the youngest published author in U.S. history to write a chapter book. Her page-turner about a boy’s struggle to balance life at home and school has inspired students from New York to Guyana, where her parents were born.

I have been wanting to make a book or video of my grandma’s childhood antics since I’ve been a mother. But, lacking photos of her childhood, and failing at illustrating by hand, this was finally a perfect solution!

In the March 2016 AARP Bulletin, lifestyle expert Marni Jameson offered ” 20 Tips to Declutter Your Home.” I can go along with her advice on old musical instruments (contact your kid’s old music teacher for suggestions) and clothes (toss, donate or sell).

Family Love Letters: Yours to Keep?

The day after my Aunt’s passing, I discovered she’d written me a lovely note on the front page of the Shakespeare collection she’d given me. “I know how important the written word is to you,” it read, “this then is my gift to you.”

by Emily Butler Oldroyd The Irish people are no strangers to hardships. They struggled for independence from the English and fought amongst themselves to create a unified Ireland. They struggled for acceptance as immigrants in America and the British Isles. They endured many hardships, such as the Great Famine, which was also known as the Irish Potato Famine.

My Grandmas and Tea and Me – Ancestors in Aprons

I just have to talk about tea today. [One of my more elaborate heirlooms, my aunt Maude’s tea paraphernalia dates to about 1910.] What brought tea to mind? For my birthday I received not one but three books on tea, plus various kinds of tea to try.

Nana was a WWII veteran

When I was in elementary school, my teacher asked us to interview a veteran as part of a Veteran’s Day project. While asking my grandpa and uncles if they were veterans, I was surprised to discover that my sweet, pie-baking Nana was the World War II hero of our family.

Woman Reunited With Wedding Dress Blown Away by Tornado

A 55-year-old woman from East Moline, Illinois, has been reunited with her wedding dress that was recently lost after a series of tornadoes destroyed her home. “The tornadoes took out our houses, all these trees and whole neighborhoods — and yet, [they] just blew away this dress and gently laid it down,” the dress’ owner, Jill Stawicki, told ABC News today.

Contributed By Twila VanLeer, Church News contributor Article Highlights Children’s understanding of their familial roots can help them see their place in the plan of salvation. Coming to know their ancestors as real people can bolster children’s faith and help them build testimonies.

This post may contain affiliate links for your convenience. See the full disclosure. As we continue in the #MyForeverFamily challenge this month, let’s talk about some of the fun ways to get your family into family history- through games!

Contributed By R. Scott Lloyd, Church News staff writer For more than a century a book that contained over 800 years of history about a large family in Yorkshire, England, remained forgotten and unavailable to most family members and relatives. However, that recently changed.

Deb Sullivan Gellerson could barely contain herself when she arrived at the quaint country house nestled in the lush, green Maam Valley, in the heart of County Galway, Ireland. In her hands she clutched DNA evidence that proved the occupant, Kevin Coyne, a retired postmaster who still cut peat for a living, was her third cousin.

Tangled Roots and Trees: The Ludwig Breakthrough: DNA and Chocolates

Continued from The Ludwig Breakthrough: Finding Some Great Greats Sometimes DNA matches are like that box of chocolates Forest Gump’s mother talked about in the iconic movie of the same name. The scantiest information coupled with a DNA match can lead to great things.

How the Irish Changed the Course of the War of 1812

The War of 1812 was a war fought over immigration and citizenship. Though the American Revolution officially severed them, the United States and Britain were still very much tied together in the early 19th century. At that time, many people believed that contrasting ideologies were the main difference between the two societies.

SPRINGFIELD ‒ With more than 21 percent of its residents claiming Irish ancestry in 2014, Massachusetts joined New Hampshire as the only states in which more than a fifth of the population hails from Ireland, according to the U.S. Census Bureau.

This traditional Irish naming pattern could help you trace your family

Ever wonder if your family had any important family names?

George Clooney reflected on his Irish ancestry while visiting with Syrian refugee families in Berlin with his wife Amal, saying it is important to remember who you are and where you come from.

My day 1 of RootsTech 2016 began with the Innovator Summit General Session, which was held on Wednesday, February 3, 2016. One of the keynote speakers was Ken Krogue – co-founder of InsideSales.com. Ken Krogue’s keynote address was wonderful. I especially loved what he said about blogging.

The Importance of Genealogy Societies in an Age of Digital Technology

Amy Johnson Crow interviewed D. Joshua Taylor at the RootsTech conference. She posed the question “In today’s world of social media, where everyone is sharing seemingly everything, do we still need genealogy societies.” This got me thinking. Genealogy societies have always been a partner to my research.

A Patient Genealogist: Tech Tuesday: Index the Records You Most Want

Have you wanted to index records that are most important to your research? Do you want to get your family involved in family history through a project that directly benefits your family? FamilySearch has a new indexing pilot that you’ll want to investigate.

The noise level in the social media world has reached even new levels. I recently posted a comment from the GenealogyInTime.com newsletter concerning the fact that very few blogs are receiving enough traffic to make it on to the Top 100 Genealogy Website list. The could be either good news or bad news. 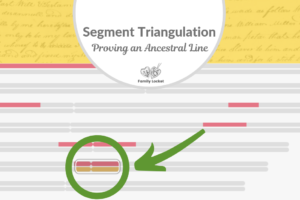 Have you heard the term "segment triangulation" associated with DNA[...] 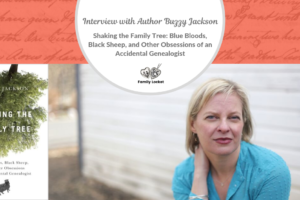 Shaking the Family Tree: Blue Bloods, Black Sheep, and Other Obsessions of an Accidental Genealogist – An Interview with author Buzzy Jackson

Do you ever feel like you're the only genealogist in[...] 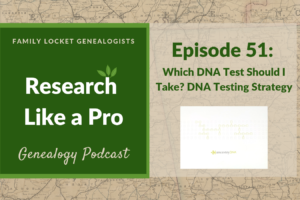 RLP 51 – Which DNA Test Should I Take? DNA Testing Strategy

Today's episode of Research Like a Pro is about is[...]

Leave a Reply to Ruth Blair