Last month, I wrote a post for Family Locket all about how much I enjoyed using EPSON FastFoto Scanner to digitize all our wonderful family photos. Unfortunately, right after I sent the scanner back, I found a few pictures that I missed and wasn’t sure what to do! Nicole told me about another option for scanning, so I thought I’d try it out too.

Photomyne is an app available for iOS and android. It ‘scans’ photos right from your phone or other digital device (it felt like I was just taking pictures of the pictures with my phone).

The app has simple demonstrations to show you how to get started. I would say it has about the same technical skill level as using the FastFoto scanner. However, with Photomyne we get to pass on a large commitment for desk space and time! Instead, you can scan for a minute or two here or there, with just your phone or tablet! I like my tables to be clean and empty, and I don’t always have a chunk of time to commit to a specific project, so this was a huge plus for me.

Another benefit to Photomyne over a traditional scanner is the price. Photomyne has a free version, but if you want to save your photos directly to the cloud and have better app functionality and quality, a subscription costs $11.99 every 6 months. Eventually, the subscriptions may add up, but you always have the option to download your scans and store them somewhere else. If you do choose to leave them on the site, you have the choice to create your shareable website with all your photos and notes, so your family can access them without their own subscription.

The greatest benefit to FastFoto and similar scanners is that you can scan both sides to a photo simultaneously and scan a whole stack of pictures effortlessly. Photomyne is definitely faster than using a traditional flatbed scanner, but I would say it was definitely a little quicker for me to use the FastFoto for the thousands of pictures I did earlier this year. The exception to this would be if your pages are larger than 8 ½ by 11 inches, or if you have albums with several pictures per page and you want each photo to be saved individually. In these situations, I found Photomyne to be better because size doesn’t matter, and they actually have a way to separate photos from one scan like the photos shown below! Each of the six pictures saved individually.

If you have black and white photos (whether they are already digitized or not), you can also use Photomyne to colorize the photos (see video).  If you have black and white pictures saved to your computer, you can directly upload them to Photomyne’s website. Keep in mind that are other apps and programs that specifically are built for colorizing photos, so if this is the sole reason for getting the subscription, you may be able to find a more specialized and possibly a cheaper option. However, they did a decent job on most of my photos. If you are already planning on using Photomyne, it definitely would be easier to just click the little paintbrush button in the corner of your picture instead of switching apps or programs!

Lastly, there is a way to make a note on each picture. This could include a date, caption, location, or anything else you want to remember about the memory pictured! I found this feature easier to use than similar features on Google photos, etc.

Overall, I found Photomyne to be an excellent option if you don’t want to invest several hundred dollars in a scanner or if you don’t have free desk space. I love finding new apps that make sharing and preserving precious family memories so much easier!

I'm a stay-at-home mom of one, and a graduate of Brigham Young University in Human Development. I aim to live a present and simple life, and make and preserve wonderful memories. 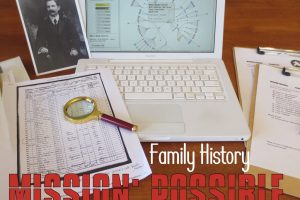 Do you need a fun activity to help the youth[...] 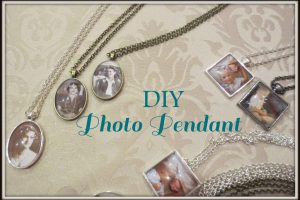 For Christmas last year, I hosted a craft night for[...] 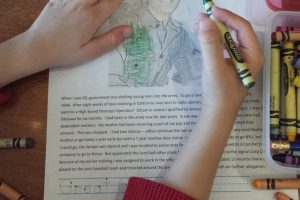 Need a way to share family stories with your kids more[...]

Leave a Reply to Nicole Dyer