The Value of Family Search Hints

Would you like some help with your research? How about getting a notification when someone in your family tree has a possible new genealogical record? If you don’t have your family information on FamilySearch, you might be missing out on free research assistance.

I received an email over the weekend that a relative had a new record hint on the FamilySearch FamilyTree. Intrigued, I clicked on the link and discovered a hint for Wilford Royston in a recently indexed database, “Oklahoma, School Records, 1895-1936.”

I hadn’t explored this newly indexed set of records, so I viewed the record image and discovered that Wilford’s father had listed all of his school age children and their birthdays on a single enrollment card. Why was this significant? This family lived in Oklahoma in the early 1900s before birth certificates were issued regularly. I didn’t have any records stating the children’s birth dates near the time of their birth and had assembled the family information based on census records and death/cemetery records.

Working through the school enrollment records (there were several) I noticed a huge error I had made in my family tree. With only the census records to go by, I had previously entered the “son” Floy W. Royston into my database and on the FamilySearch Family Tree. The 1920 enumeration was the first census listing this child.

A problem however had emerged when I viewed the 1930 census for the family. Floy W. was nowhere to be seen and instead a Wilfred showed up with the family as a daughter. With two conflicting census records and no birth record, I chose to designate this individual as male because the name seemed to be male. I reasoned that the 1930 census listing Wilfred as a daughter was a mistake on the part of the census taker.

Viewing the school records, I discovered that this child was consistently listed as a female and with the name Wilferd or Wilford. She shows up on each enrollment card with her older brothers and sisters. Each individual is listed with their gender as well as complete birth dates. The cards generally have father R.E. Royston giving the information with only one showing Mrs. R. E. Royston as the informant. Notice the statement at the bottom of the card that the parent or guardian had sworn under oath that the information was correct. This gives more weight to this direct evidence of the childrens’ birth information and gender.

Doing some checking on Find A Grave, I found “Wilfred F. Royston” and she was definitely female. It is no wonder that I could find out nothing more about the male “Floy F. Royston” since he didn’t exist. Having FamilySearch’s hinting capability helped me correct Wilfred’s record. I also verified birth dates of her siblings. These school enrollment records are an excellent substitute for a birth certificate and one I didn’t know was available until I received the hint from FamilySearch.

If you do decide to add your tree to the collaborative FamilySearch Family Tree, make sure you keep a copy in your own genealogical database. The reason? The collaborative nature of the tree allows anyone to edit information. Don’t let this bother you, instead look at the tree as a research tool. As new record collections are indexed and added to FamilySearch, the computer program will look for matches and your relatives might be found. If you’re new to the FamilySearch Family Tree,  I’ve listed some articles Nicole and I have written at the end of this post to get you started.

Back to the Oklahoma school record collection. Just for fun, I searched for my dad and sure enough, there he was listed with his older brother and younger sister . . . and I thought I had found all of the records for my dad. Seeing his school enrollment record was especially fun because I had grown up with stories about his adventures in Oklahoma. His dad was spot on with the birth dates! It was especially sweet seeing my beloved grandfather’s handwriting as he carefully entered the information for this children.

Without FamilySearch hints I may not have discovered these records for a long time. I can always do with a little extra help in my research efforts!

Best of luck in all of your family history endeavors!

Articles about the FamilySearch Family Tree  by Diana and Nicole

How to Transfer a Family Tree to FamilySearch

What Do I Do Next? 5 Tips for Using FamilySearch Partners 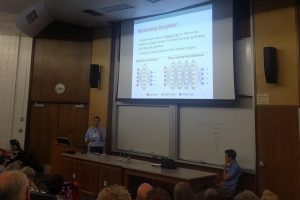 Joseph P. Price, a professor of economics at BYU, presented[...] 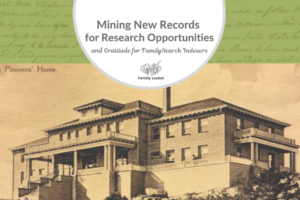 When is the last time you discovered an important new[...] 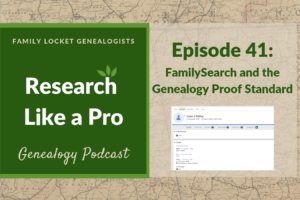 RLP 41: FamilySearch FamilyTree and the GPS

In our podcast episode today, Diana and I discuss how[...]

Leave a Reply to Diana Elder